Posted on November 5, 2016 by Gopalakrishnan S Leave a comment

Dnsmasq provides services as a DNS cacher and a DHCP server. dnsmasq does DHCP, DNS, DNS caching, and TFTP, so it’s four servers in one. As a Domain Name Server (DNS) it can cache DNS queries to improve connection speeds to previously visited sites, and as a DHCP server dnsmasq can be used to provide internal IP addresses and routes to computers on a LAN. Either or both of these services can be implemented. dnsmasq is considered to be lightweight and easy to configure.

Edit the neutron.conf file and assign a value different to openstacklocal (its default value) to the dns_domain parameter in the [default] section. As an example:

Add dns to extension_drivers in the [ml2] section of ml2_conf.ini. As an example: 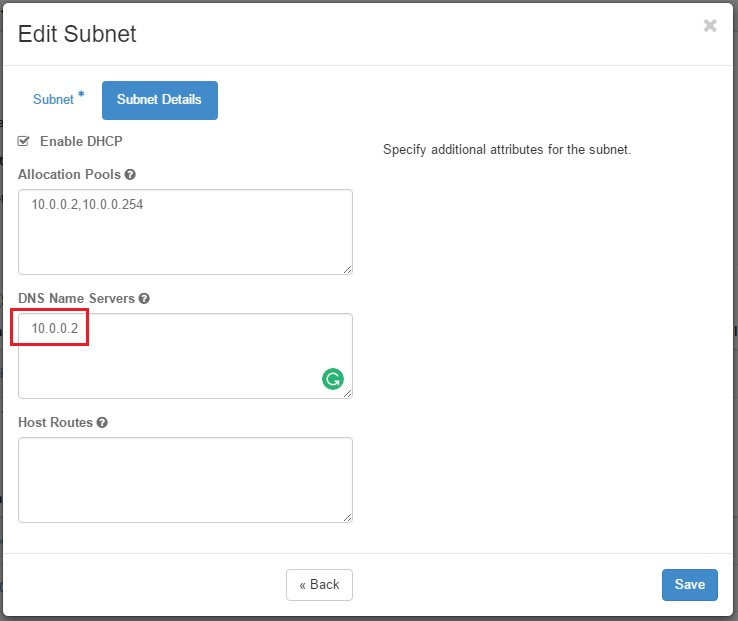 Create a new Instances and check the internal DNS resolution.